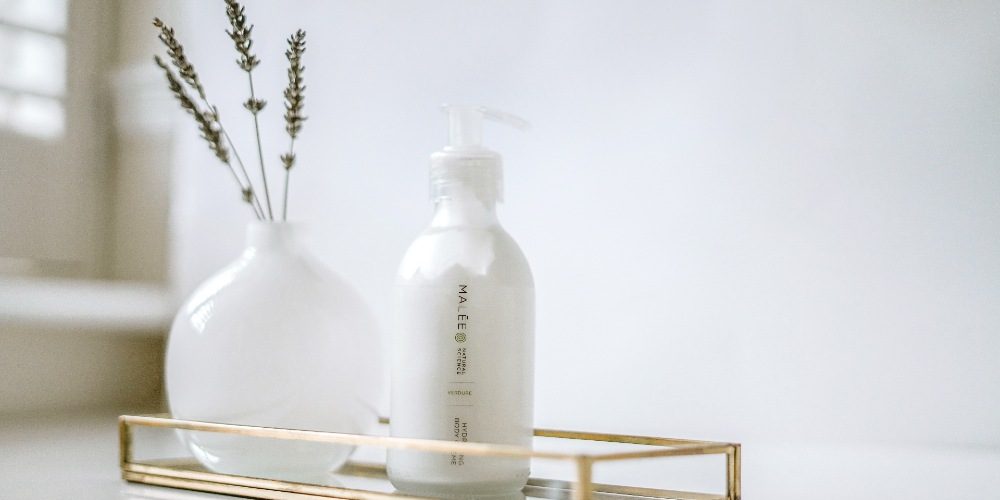 The use of coconut oil in the hair and beauty industry is a highly talked about topic. It is often considered a miracle ingredient. But what exactly does coconut oil do? How does it work, and what are the real coconut oil benefits for the skin and hair?

COCONUT OIL BENEFITS FOR THE SKIN

Coconut oil is high in natural polyphenols, which are compounds scientifically proven to have antioxidant and anti-inflammatory properties. In a clinical trial published by the International Journal of Dermatology coconut oil was shown to increase barrier function and soothe and reduce the symptoms of atopic dermatitis, more commonly known as eczema. A further study published in the Pharmaceutical Biology scientific journal also found that applying coconut oil to the ears of rats with inflammation reduced redness and soothed the pain.

It is also suggested that the antioxidants present can help to fight the effects of free radicals. Molecules which have been created in the skin. Usually as a direct effect of pollutants, absorbed from the environment or the sun. Free radicals can be devastating to the skin, reducing natural levels of collagen, and leaving skin looking dull and sullen. For those with inflamed skin or a long-term skin condition such as eczema: the fighting the effects of free radicals can help to reduce the chances of further inflammation. It works as a preventative measure as well as a treatment.

Coconut oil is made up of medium-chain fatty acids. With the most prominent being lauric acid, comprising 49% of its overall make-up. There is lots of research to support the benefits of using lauric acid on the skin. In a study published in the Antimicrobial Agents and Chemotherapy scientific journal, scientists discovered that out of 30 fatty acids, lauric acid proved to be the most effective in preventing microorganisms to grow.

Therefore, coconut oil can be a great ingredient to help prevent and treat acne. Slowing the growth and spread of bacteria in the skin. A further study published by the Biomaterials scientific journal demonstrated that some formulations containing ‘lauric acid could fuse with the membranes of Propionibacterium acnes. And they release the carried lauric acid directly into the bacterial membranes, thereby killing the bacteria effectively’. However, coconut oil is also comedogenic, meaning it can block the pores, creating blackheads and blemishes. For those with sensitive or blemish-prone skin, it is much safer to use a skincare product which contains an element of coconut oil. As using pure coconut oil on the face can lead to mixed results.

Thanks to its rich content and high nutrient volume, coconut oil has multiple skin benefits. It works as an emollient, nourishing and hydrating the skin whilst helping to lock in water. Though, as discussed above, coconut oil can have comedogenic properties. Using a moisturiser which contains coconut oil can be brilliant. As it creates a seal upon the skin’s lipid barrier, preventing moisture loss without clogging the pores.

Malée’s Conditioning Body Cream contains a high concentration of coconut oil precisely for this purpose. The main ingredient in our moisturiser is water. It functions to penetrate the skin, restoring moisture where it has been lost. Caprylic triglyceride, a combination of coconut oil and glycerine, is the second main ingredient. It is used predominantly to lock that moisture in without creating a greasy film. Other essential oils sourced from plants include almond and avocado, enriching the skin with additional nutrients for healthy, nourished skin. And a fresh fragrance with notes of citrus, mint, and patchouli completes the moisturiser for an invigorating experience which can help to achieve soft, smooth skin.

COCONUT OIL BENEFITS FOR THE HAIR

Applying coconut oil before getting your hair wet can help to protect it from the damaging effects of water. The hair is made of three elements. The medulla, which is the central part. The cortex which surrounds the centre and contains numerous proteins. And the cuticle, which is the protective outer layer. When your hair gets wet, the cortex absorbs the water and expands, forcing the shape of the cuticle to change. This leaves your hair vulnerable and prone to damage. However, applying coconut oil can help to reduce the amount of moisture which is absorbed. Keeping the cuticle flatter and better protected.

Malée’s Moisturising Oil is a multi-functional product which can be used to create smooth, shiny hair as well as soft, glowing skin. Sweet almond oil is the main ingredient. And, this contains high levels of vitamin E which is essential for healthy hair. Caprylic triglyceride, a combination of coconut oil and glycerine then works to create a non-greasy seal. Ensuring your hair absorbs as much moisture and nutrients as possible. By using our oil as a pre-shampoo, you can add nourishment before cleansing. Replenishing dry, damaged hair and creating soft, healthy locks. Alternatively, adding a few drops into a warm bath or applying directly to the skin can also help to reduce dryness. As such it displays the coconut oil benefits for both skin and hair.

Shampoo can be quite an invasive product, as it works to strip the hair of dirt and pollutant build-up. In doing so, the cortex becomes vulnerable and can also be stripped of its essential proteins. Frequent washing and the removal of those proteins can lead to hair which is dry and damaged. Applying coconut oil before washing your hair doesn’t just prevent damage to the cuticle. Furthermore it prevents protein loss from the cortex.

A 2003 study published in the Journal of Cosmetic Science tested coconut oil against sunflower oil and mineral oil to determine which was most effective in protecting the hair. Scientists found that ‘coconut oil was the only oil found to reduce the protein loss remarkably for both undamaged and damaged hair. Especially, when used as a pre-wash and post-wash grooming product’. This is due to the high volume of lauric acid found in coconut oil. As a result it works to penetrate the hair follicles better than any other natural oil.

There are several coconut oil benefits for the skin and hair. Thanks to its unique composition and the high percentage of lauric acid in its make-up, coconut oil can work to soothe, cleanse, and moisturise the skin as well as protecting and smoothing the hair. Applying pure coconut oil to the skin can sometimes be too harsh and cause blemishes but using a skincare product which contains coconut oil as an ingredient can be an effective way to achieve soft, smooth and healthy skin and hair.

By continuing to use the site, you agree to the use of cookies. more information